That’s one hell of a manager. I’ve always thought people in the service industry would find it so much easier to do their work if only the general public didn’t exist. 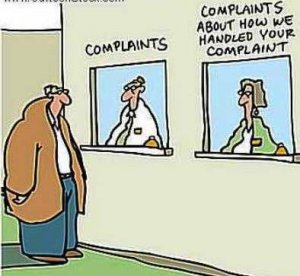 This story reminds me of the time I was told off by a Post Office employee for attempting to post a large parcel after 4.30pm (closing time is 5.30pm, I was there around 5). He explained that the van collects all parcels at 4.30pm and any parcel that arrives after this time is left lying on the office floor until the next day, which inconveniences the staff. His tone made it very clear that I was really making his day worse by adding to the pile, even though I had no way under the sun to know this kind of information. It’s not like there were posters on the wall or anything.

I was seriously taken aback by this unprovoked attack but, unlike the average Brit, did not actually apologise for being such a thoughtless paying customer. Even after 24 years in this country, I have my limits. 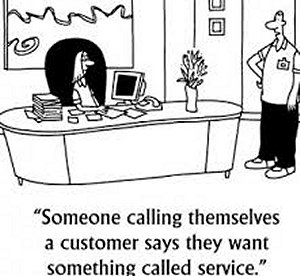