This new BBC column is rather fascinating. It involves members of the public keeping a money diary for a week and telling the world about their spending habits. Reading this kind of thing makes me realise that I am amazingly frugal and calculating compared to a lot of people. For instance, the over-reliance of many people on corner shops due to a total lack of advance planning never fails to surprise me!

This week we’re getting a treat: getting inside the head of a stupendously vacuous bint. It’s really spectacular.

• Olivia is 20 and is currently a second year student at Salford university, studying broadcast journalism. She also works 20-30 hours a week at Nando’s.

This empty-headed creature is a student and a future journalist! There is no hope for the world.

As every girl knows, we’ve got this obsession to keep on top of our eyebrows, lashes, skin, and body

Notice the conspicuous absence of “mind” from the above list. She probably just forgot.

Also, let’s pay extra attention to the “As every girl knows” bit, as we will soon find out this sheep only feels validated when she’s doing what everyone else is doing.

I’ve met girls like that. I wanted to drown them.

I ended up buying Bondi Sands everyday gradual tanning milk as everyone knows how much easier this is than trying to get that perfect streak-free finish with instant tan at 23:00. I also bought myself some facial wax strips! Being a dark-haired girl, the moustache and mono brow is always there.
I got these products through Pretty Little Thing, where I’ve got free next day delivery for a year! So I only ended up spending £14, including delivery. I tried to get student beans discount on these products but they don’t do it on beauty for some reason.

A student with a part-time job spends £14 on overpriced beauty stuff without batting an eyelid. Don’t they have a Boots or Superdrug in Salford?

I’ve finished work! And the beauty of working at Nando’s, free food! So, no spending money on my lunch when I’m on a shift, happy days.

Nothing wrong with this but it will soon become relevant.

I’m going out next weekend to Newcastle and of course, I need a new outfit

No, you tragic case, there is no “of course” about it. Need is not the same as want.

but recently I’ve been trying to buy new outfits off Depop and not off the original sites! It’s so much better to buy second hand and do your little bit to recycle clothing, so I had a scroll and found a perfect little red Oh Polly dress for only £23 with delivery. The dress on the original site is £38 so saving myself a lot of money considering it’s only ever been worn once.

“It’s so much better to buy second hand and do your little bit to recycle clothing”, “so saving myself a lot of money”: this is some first-class rationalising here.

If I decided not to bring my own breakfast, I could’ve had some at work, I could’ve been very tempted to get a McDonald’s breakfast from the restaurant next door.

McDonald’s? Whatever happened to the beauty of working at Nando’s being free food?

Jordan, my boyfriend, decides it’s time we need to go to the Trafford centre and get him the Vans he’s wanted for so long!

And the boyfriend is just as bad… “The Vans he’s wanted for so long”. Then again, his name is Jordan, you can’t expect too much.

If I ended up with a boyfriend called Jordan who craves Vans, I would take a long, hard look at my life and wonder where it went so dreadfully wrong.

Just imagine the conversations between the two of them. I bet they call each other “Babes”.

We buy his Vans and debate getting some tea but we choose the option, “we have food at home”. I swear we’ve grown old already!

I also took a look round some shops for some wet-look leggings, as they seem to be what everyone wears nowadays, but I can’t find any I like, and I’m not about wasting money so I leave it! Which leaves me spending a grand total of absolutely nothing today!

I had to google “wet-look leggings”… Who invents this shit? And how hard are they laughing all the way to the bank?

“As they seem to be what everyone wears nowadays”, here we go again. She doesn’t want the stuff because she likes it, but because she absolutely must look exactly like everybody else in her social circle. It’s a bit sad.

I’m not saying I never bought the same things as my friends when I was at school (although in my case it tended to be gadgets and accessories as clothing was and is terminally dull), but only if was made aware of its existence by someone else turning up with it and only if I thought “I really like that”. I would never had bought stuff out of fear of being seen as uncool if I didn’t have it. Goodness me, if your friends are like this get better friends!

At 20 she should be considering growing out of this behaviour and becoming her own person anyway. If that is possible.

No, of course not dear. It’s a trick of the light.

My mum’s actually started doing gym classes, and she’s desperate for a stopwatch to time her classes and make sure she’s filling the classes right, so I have a look on Amazon for her, I find a nice blue watch but the delivery wouldn’t let me have it for another week… too long, I’m impatient. I did have free next-day delivery but it was a trial for six months with being a student, so I decide to wait until tonight and use my boyfriend’s account to order the watch and save some dollar.

Uh… don’t they have an Argos in Salford either?

Fast forward time a little bit and I’ve gone to the gym but I’m now waiting for the next class to start. While waiting I get a little thirsty but I forgot my water bottle, so I have to buy one for £1.

So, as you do, I start scrolling through Instagram and see this gorgeous make-up artist. I’ve been looking for someone to do my make-up for my birthday in a couple of weeks. I message this MUA and she immediately replied, £20 now as a deposit, and £20 on the day, which somehow to me, makes it seem that little cheaper in two instalments… so that’s me £20 down within a matter of minutes.

I… what? Seriously? £40 for someone to do her make-up for her birthday?! With all the crap she buys, she can’t do it herself or ask a friend? For that price, Stacey Dooley should be be doing a running commentary of the entire process, dressed in shapeless overalls. At the very least. 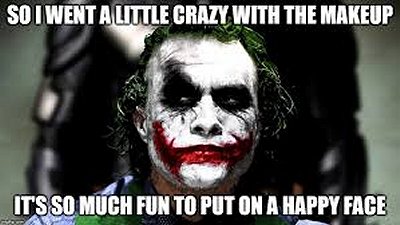 Gym’s all done, and I’ve drove to my boyfriends, to see him of course but to also rob his Amazon Prime account to order the stopwatch wrist timer for my mum. I pop in my own card details on his account and BOOM, suddenly £14.99 less rich!

Where’s the BOOM for the £40 make-up artist? Or does it only feel like spending money when she’s spending it on others?

Fast forward to the evening and I’ve finished an eight-hour shift at work, where I successfully didn’t spend a penny! But now I’m at the Trafford centre, and I’ve got a long, long list of things I need! Such as jeans, a new foundation and wet-look leggings.

Anyone that knows me, knows I always wear the same things

Sure you do. That’s why you’re so good at saving money.

I also purchased a new foundation, my skin is really dry so it’s hard for me to find anything that sits nice but I heard lots of good things about Fenty hydrating foundation so here I am, £27 more out of pocket, after treating myself to that particular foundation.

Oh, don’t worry, the spending hasn’t stopped yet, Friday 13th seems to be unlucky towards my bank account. We decided to go for a meal but I grab tap water, and a pizza so only end up spending a bargain of £10.25, happy me!

That growing old and eating at home phase didn’t last long, did it?

oh, and don’t forget the £10 petrol I need to put in every Friday (joys of driving).

So who pays for her car insurance then? The mother, I assume. That kind of skews the calculations juuust a little bit.

there’s nothing really in the house to eat as mum hasn’t done the weekly shop yet, so we nip to the corner shop and she buys me stuff to make an omelette! My favourite.

“Nothing in the house to eat” is a concept that totally escapes me. It would simply never be allowed to happen in my household. Even if we haven’t been shopping this week, the cupboards, fridge and freezer are constantly creaking under the weight! We might end up eating random bits and bobs once in a while but there would always be something and plenty of it. I don’t even remember the last time I had to resort to the corner shop.

I just don’t get it. Maybe I’m still too French to comprehend the notion of letting yourself run out of food. *shivers*

Now it’s time for my three-nine shift today! I was so tempted to buy myself an iced latte from McDonald’s before work, everyone knows I’m an iced coffee addict! But after my heavy spending yesterday, I decided it better to make my own at work (mine are just as nice anyways)!

Today, so far, I’ve been helping my boyfriend clear out his room. I bought him a lovely bracelet for Christmas but he somehow lost it this summer and we’ve been looking for it ever since. He always seems to lose his most expensive items as just last week he lost his airpods… I’m starting to think me helping him “clear out” his room is really his last desperate attempt to find his bracelet.

What a keeper that guy is. See what I did there?

IT WORKED! We found his bracelet, and I’ve never been happier. It was hidden somewhere between all his unfolded clothing in his wardrobe, at least I won’t have to fork out for a replicate this Christmas! Win, win.

Fork out for a replicate? You cannot possibly be serious! Grow a spine and let him face the consequences of his actions, for crying out loud.

Not a single penny spent on even the most vaguely culturally-related items. Not even the cinema or a magazine or music. She didn’t even mention any interests apart from fashion and beauty products.

What an empty life she leads. Why on earth is someone with zero intellectual curiosity studying journalism again? Bloody hell.