Transgender person kicks up a fuss for no good reason and makes themselves look like a whinging moron. Again.

This story is utterly grotesque. If I were a non-binary transgender person™, I would cringe at the way my community™ is being represented™ by these fuckwits™.

Recalling the incident in December, Myla said: ‘I’d picked up some shirts and jumpers from the menswear section and went into the changing rooms nearby. There was no attendant so I just went on in. I left the changing room to grab a bigger size in one of the jumpers and a female attendant approached me on the shop floor.

Here is a picture of Myla for your perusal: 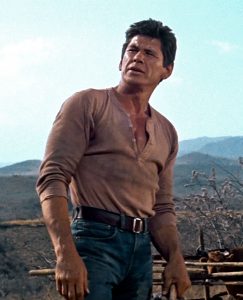 Sorry, I meant this one:

Yeah, clearly totally not female-looking at all. What was that shop assistant thinking?

‘I felt sick, like I was being accused of some kind of crime just for trying on clothes.

Laying it on a bit thick there, aren’t you love? Who said anything about a crime?

Afterwards, I went home and cried. I have never been accosted like that in a store before. I had to go back in and speak to someone in store because no one took it seriously the first time and I started crying even trying to talk about it again with them.’

An M&S spokesperson said: […]’Clearly on this occasion a mistake was made, we have apologised to our customer for this incident, additionally our store manager wrote a personal apology assuring the customer they have spoken to the team.’

Massive overkill. How on earth can calling someone who looks like a woman ‘a woman’ be a mistake? And all that apologising and arse-licking is frankly pathetic.

Myla said: ‘I don’t think the apology was enough to be honest, it shouldn’t have ever happened to start with and I have lost confidence in Marks and Spencer as a company for standing up for trans folk like myself. I still feel scared to shop at Marks and Spencer in case it happens again elsewhere or if I have to deal with that same person again.

“Scared” FFS. Fuck off to H&M then, they’re Swedish and probably just woke enough for you.

‘The fact that I saw a female using the space at the same time in full view of the attendant when I left the changing rooms just made it so much more of a personal attack.

Oh, “a female”, is it? How the hell do you know that person was female, pray tell? Would that be from the way she looked, by any chance? Well I never.

Not to mention the “female attendant” who was mentioned earlier… Snowflake can’t even follow their™ own rules.

‘I am still very much upset by what happened and if I were to go back I wouldn’t go on my own and I would not be shopping for clothes there again.’

May I suggest you stick to the food hall in future: 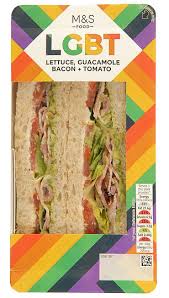