Guardian hack draws short straw and has to write article about non-story. Yawn.

Could this writer care less about the fate of the goldfish? It’s described as a “creature” meanwhile, much is made of the fact that the two fuckwits are “friends” who “face jail” over a “dare”.

Someone can relate to their drunk antics and thinks society is overreacting, methinks.

Now if it was suddenly revealed that Donald Trump had swallowed a live fish when he was young and stupid… oh my. Impeach him, he’s a sadist!

Gaslighting has suddenly become the new buzzword and is the topic of a Guardian article. Gaslighting is a particularly insidious form of emotional abuse that typically expresses itself thus:

You get the idea. The point is to make you doubt your own senses and question your grasp on reality. It can happen to anyone and can be inflicted by anyone, but of course the Guardian immediately makes the leap to men mind controlling women (or, you know, robots who look like women).

The article, which does not miss the opportunity to shoehorn Donald Trump in (a prerequisite in every single one of their pieces these days),

For example, if you have to say “not all Mexicans are rapists”, you’ve already lost.

sadly neglects to mention one glaring example of real-life gaslighting a lot of the mainstream media are trying to push on the world: that child rapist Roman Polanski, who has been on the run from the American justice system for forty years, is a poor persecuted victim.

Note the carefully neutral tone of that article, by the same newspaper who could not condemn Trump more strongly for his pussy-grabbing comment and is happily reporting on women’s marches futilely opposing his presidency.

Polanski is suddenly back in the public eye as the President of the upcoming Césars film awards ceremony in France, which means every friend, ally and defender he has among the French Establishment (and that’s pretty much all of them) is out there spouting the official narrative.

The philosopher Alain Finkelkraut is steaming: “She was not a child! She was a teenager who posed naked for Vogue Homme!”

The director Costa-Gavras said last September: “This is no rape, did you see the pictures? She looked 25”.

This video shows what Samantha Geimer, the victim, looked like at the time of he rape. Clue: not 25.

Polanski was also 43 at the time. To a teenager, that’s like being 100 and about as sexually interesting as a piano. Also, who was the responsible adult here?

She was also plied with alcohol and drugs before being raped and sodomised (see link under picture). I’m not sure why that’s OK, according to Polanski’s little mates, as long as the girl looks old enough. I can’t help but think any man who thinks Polanski did nothing wrong is just a little bit envious that he wasn’t so lucky.

Speaking of lucky, no rapist rapes just once, especially when his highly organised method (bringing booze and drugs to a photo shoot where he was alone with a 13-year-old model) tends to indicate that this was probably not his first attempt. What else has rich, famous and powerful Polanski got away with in his life? I shudder to think.

L’Express, a respectable (or so I thought) French magazine, even says, in an article written by its male deputy editor: “Feminists against Polanski, you are fighting the wrong battle”.

Gaslighting and mansplaining! Lucky us! 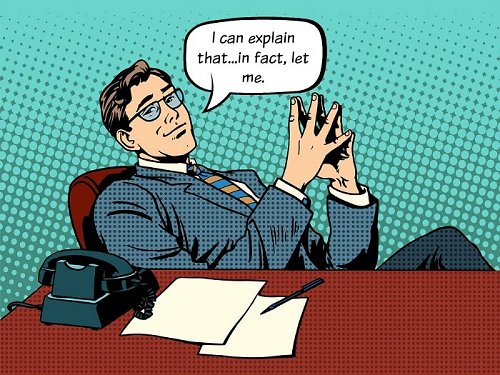 Then we have the “Leave him alone, it happened years ago!” brigade. OK then, could we also stop jailing for war crimes men in their nineties who worked in concentration camps but never killed anyone?

No? What do you mean, “that’s different”?

I left the best for last: Meryl Streep the Trump-slayer, who it turns out is also a proud Polanski supporter. But of course.

Everyone in the film industry knows which way their bread is buttered and whose arse to lick, and their shameless display of solidarity shows it all too clearly.