That’s right. I am not happy with Hermione Granger being played by a black actress in the upcoming play Harry Potter and the Cursed Child Part I and II (move over Shakespeare), and in this day and age that makes me a racist. Oh no.

Right-On Rowling is of course gushing, but then again just imagine what she would have had to put up with from the media and (shudder) Twitter trolls had she expressed anything less than wild enthusiasm… luckily she knows which way her bread is buttered.

She is also being her own revisionist:

Whatever you say, Jo. Never mind the fact that Hermione regularly blushes pink or turns white with fright in the books, eh?

She is also never described as having frizzy hair. Bushy, yes. Frizzy, no.

As for her being played by the unmistakingly Caucasian Emma Watson in all eight films, this is apparently irrelevant as it’s officially Not Jo’s Fault:

And yet she was very vocal about nipping things in the bud when she wasn’t happy with them, like when Chris Columbus wanted some Hogwarts pupils to be American or when the Half-Blood Prince script had Dumbledore reminiscing about a pretty woman he used to know (“No! He’s gay!!” JK apparently shrieked). The line was cut.

Not so powerless when it suited her, it seems…

Meanwhile, having correctly identified a gift that will keep on giving for ever or at least until the play opens, every randomly non-white Guardian writer (no need to be black, any other ethnicity will do) has now been tasked with inflicting their uninformed – it’s perfectly clear that none of them is a Harry Potter fan – opinion on the rest of us, insulting anyone who disagrees with the Official Party Line into the bargain:

Can Hermione be black? What a stupid question

The Guardian, by constantly repeating the mantra “white by default”, keeps trying to brainwash us all into thinking this is a bad thing – in a country where nearly 90% of the population is white. Sorry, I meant hideously white.

This made me hyperventilate:

In the Prisoner of Azkaban, she is described as “very brown”.

She is described – by Harry who hasn’t seen her for two months – as very brown BECAUSE SHE JUST CAME BACK FROM HER SUMMER HOLIDAY!

If she were indeed black, would he suddenly notice that fact after knowing her for two years?

The default assumption of whiteness is so strong and unspoken, it’s a hard habit to kick.

And it needs kicking why? If an author wants us to know a character isn’t white, they’re free to use their words after all.

The same is true of our heteronormative culture, which is why JK Rowling had to spell it out to us that Dumbledore is gay.

She did not spell it out, she mentioned it in passing during an interview. “Our heteronormative culture” is not to blame either. It just so happens that Dumbledore’s sexuality is so utterly irrelevant to the storyline that no one had even speculated about it. He’s over 100 years old, for a start!

If it hadn’t been for that little script issue I mentioned earlier, it would never even have come out (har har). 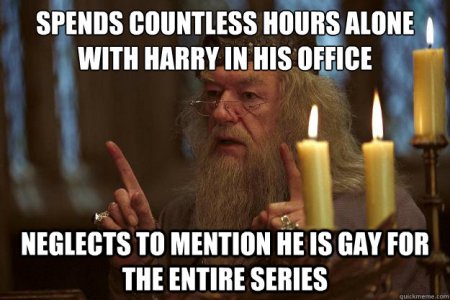 Hermione is in a Muggle-born minority

Minority? Says who? This is entirely made up by the writer. If anything, the pure-bloods are an endangered minority in the Potterverse. The Muggle-born and half-bloods are doing just fine.

She is also an activist who understands and will stand up for the oppressed, whether people, giants or Hippogriffs, and who campaigns for an end to the enslavement of elves.

This is quite laughable. She’s a clueless activist who actually understands nothing about the causes she is fighting for. Her campaign to free house-elves is a dismal failure, because she is so convinced of being right that she fails to appreciate that the house-elves do not want to be freed (the Hogwarts house-elves even kick her out of the kitchens for going on about salaries and holidays) and that Dobby is an anomaly – who is already free anyway and wants nothing to do with her as he clearly thinks she’s bonkers.

Amusingly, this actually screams “leftie white middle-class guilt” to me… her parents must be Guardian readers.

So, let’s recap the main characteristics of the character: Hermione was given a rare, literary name for pretentious reasons:

It’s a name from Shakespeare. It’s in ‘A Winter’s Tale’. Um … although my Hermione bears very little relation to *that* Hermione, but it just seemed the sort of name that a pair of professional dentists, who liked to prove how clever they were … do you know what I mean … gave their daughter a nice, unusual name that no-one could pronounce! I mean, parents do that!

She enjoyed a comfortable, rather privileged upbringing: her parents are dentists who go to the theatre in the West End, who like skiing and camping holidays, who take her to France… I simply do not expect a book character with this kind of background to be black. It is of course possible, but not very probable.

Guardian articles on this topic, as well as being tediously predictable, are also getting stupider by the day: “Muggles gonna hate” is the latest headline!

Seriously. It is becoming increasingly hard to tell the Guardian apart from the Onion.

And here we go again with the “white as default” obsession:

If race isn’t specifically assigned as black or Asian, then it’s assumed to be white. White people make up less than a third of the planet’s population but because of the way society is structured, it can sometimes seem as if the tooth fairy or the Easter bunny are assumed to be white too.

The planet’s population, uh? How about we look at the population of the UK, where Hermione was born and grew up? 3% black people in 2011. Three per cent.

If we can let actual non-white historical figures like Jesus, Cleopatra and Gandhi switch races

Cleopatra, along with the rest of the Ptolemaic dynasty, was actually Macedonian Greek and not Egyptian – but never mind.

Oh dear… Tarzan is the son of an English lord and lady, who is orphaned as an infant and raised by apes. How on earth can he not be white?

So, just because I do not agree with this gigantic, author-approved retcon, I am now officially a racist. I’m not overly bothered though.

Sorry, what was that? Am I now going to boycott the play and sell my hideously expensive stalls ticket on eBay? Of course not, don’t be ridiculous.

Would a man have to worry about this kind of thing happening when getting a Tesco delivery? Of course not.

Will this woman willingly open her door to a delivery driver again? Probably not, at least for a while. Just another life-limiting experience to add to the list.

Men often complain that women can’t take a ‘compliment’, but that’s because women can easily spot the “I would” subtext which instantly turns a remark from something potentially flattering into something off-putting. Men think they’re being subtle but it’s loud and clear (and makes you want to shower with bleach, quite frankly).

And then there are those men who think actually saying “I would” as crudely as they can is a compliment… case in point above. 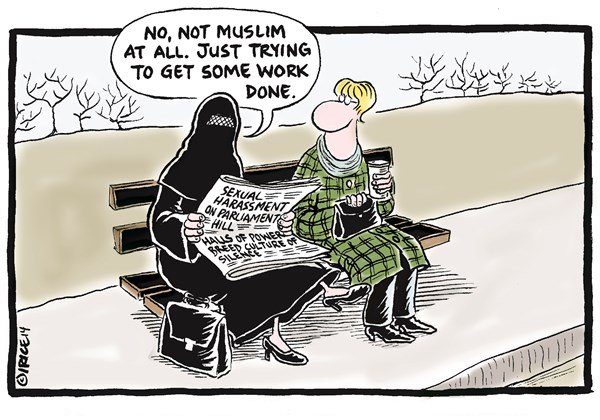 Tesco’s gutless response disgusts me too:

Sofia said: ‘Tesco need to do something about it. This is a huge breach of customer privacy, but because it’s an agency driver, they’re saying it’s not their fault.

‘From what I’ve been told, they have dismissed him but he hasn’t been struck off by his agency. It’s like people won’t take responsibility for bad things that happen.

‘Tesco needs to accept responsibility. I have been a customer for five years now getting home deliveries, but they won’t even apologise.’

Agency or not, he is the face of the company from the customer’s POV. Plus, he now has all her details! This is terrifying.

He could now stalk her for years and she’d have to move and change her number to escape him – potentially another life-limiting experience.

But nobody takes stalking seriously (certainly not the police).

All the men in the comments who think sexual harassment is either the woman’s fault – if she’s fit – or no big deal – if she isn’t – terrify me too:

“only bit of banter, shes quite fit anyway”

“Two sides to every story. Maybe she led him on?”

“Creepy experience but the girl is not good looking at all. I feel sorry for the girl but On another note she is now seeking attention by having her pictures published.”

“Dont ask you dont get”

“These delivery drivers work really hard and I reckon she was probably off hand with him.”

What the fuck. HE SENT A MESSAGE TO A COMPLETE STRANGER TELLING HER HE WANTS HER TO SUCK HIS COCK! HELLO?????? ANYBODY HERE????

And men wonder why women can be short with them when they get accosted in public.

Well, does this kind of thing happen to men? Does this?

Here’s a pathetic story of a useless school that let an 11-year-old girl get horribly bullied for two years until the parents finally pulled her out.

Statement from the head:

“We are extremely disappointed that Erica’s parents have chosen to take her out of Unity Academy. Erica has had lots of support and interventions from staff during periods where she and her colleagues have fallen out of friendships with each other.

Most of these emotional issues have been resolved speedily and rebuilt through sitting down in discussion with parents and agreeing strategies for moving on together. It is most unfortunate and very sad that some previously resolved situations have been rekindled and escalated outside of Unity Academy.”

Where do I start?

“Fallen out of friendships”, “emotional issues” = bullying. If we use euphemisms, it doesn’t sound so bad.

“Sitting down in discussion with parents” = no consequences for bullies.

“Strategies for moving on together” = meaningless waffle.

“Some previously resolved situations have been rekindled and escalated outside of Unity Academy”= Not Our Fault.

This statement tells us all we need to know about this spineless, moronic, incompetent head and school.