Don’t get me wrong, your exhibition Life and death in Pompeii and Herculaneum was excellent. It is quite impressive to see these hugely famous artefacts for real at last. 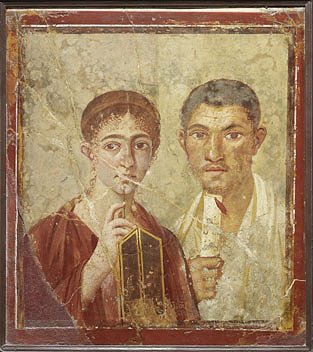 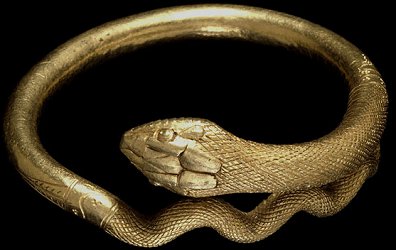 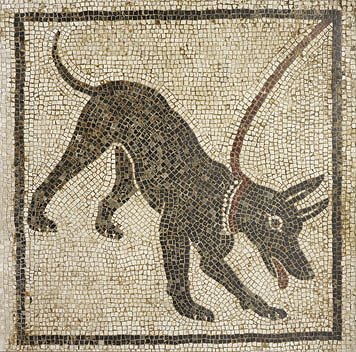 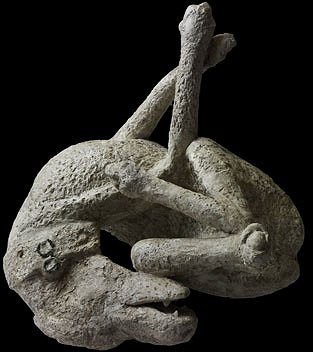 Although I wonder whether you were a tiny little bit unprepared for just how rib-crushingly popular it would turn out to be. Because that’s certainly the impression I got.

This is how the day went: first we queued outside the Reading Room (tickets already booked and paid for, of course). Groups of people were let in every ten minutes – our tickets were for 11.40am. Someone checked our names against their list and let us in, waving us without a word towards another queue inside the building. So we queued some more, without quite knowing why.

It soon became clear that this was the queue for the audio guides, which would have been fine except that they cost £4.50 per person! I find this extra expense a bit steep, not to mention the inconvenience of having to queue twice on the day. When we went to the Harry Potter studio tour, I was able to book the audio guide online as part of my ticket and only had to present the ticket at the counter to be given the guide (it was also nowhere near £4.50).

Even the app had to be paid for: £1.99 for smartphones, £3.99 for the iPad. God forbid that something should be included in the ticket price.

Having bypassed any and all attempts to part us with even more of our money (temporarily, since I was acutely aware that the gift shop was awaiting us at the other end), we finally entered the Reading Room.

They had erected dozens of partitions to create rooms and the whole place was pitch black, apart from the brightly lit display cases, statues and mosaics. As soon as we went through the doors we had to go up a flight of stairs, at the top of which was the first display window on a small landing and the accompanying text panels on the wall, at hip level. Guess what happened next..

We all gathered around it like wasps around strawberry jam, trying to see the exhibits between the heads of the 11.30am group who were still there, whilst attempting to read the text on the wall between their arses. We then got sandwiched between them and the 11.50am group who turned up not long after.

Since most people had bought an audio guide (indispensable for most foreign visitors as the text was in English only), they stood right in front of the exhibits blocking the view until all the relevant information had been disgorged into their ears, which meant the bottleneck never eased up. This happened throughout the exhibition and got very annoying.

We finally moved on to the next bits, which turned out to be a little film followed by a timeline of the disaster on the wall. Both of these were interesting and, more to the point, easy to see. Then it was room after room full of fascinating stuff and even more full of people. Since all the little text panels next to the display cases were at hip level, it was very difficult to read them. How on earth did the organisers not anticipate this?

Also, no attempt was made to guide the visitors through the rooms so as to make the crowds flow a bit better. Some people were going clockwise, others anti-clockwise. This caused more chaos as we all stopped to see the same things and then tried to move on into oncoming traffic.

There was one irritating man who clearly thought he had VIP status and constantly tried to hurry everyone up by saying “Excuse me! Excuse me!” in increasingly exasperated tones, as if we should all make room for him. I don’t think so, muppet.

It was so busy we plain missed a room! They were not numbered and without the audio guide to alert us, it was very easy to walk straight past a doorway without noticing. So we never saw the carbonised crib:

How incredibly modern is the design, by the way? I wouldn’t bat an eyelid if I saw it in IKEA.

The jewellery was also to die for; those Romans certainly loved their snakes! How refreshing. I also fell in love with every single mosaic/fresco/clay oil lamp/etc… honestly, I was born way too late.

I spotted a slight obsession with phalluses too. They were pretty much everywhere, like Hello Kitty today (and yet, strangely enough, no phallus-themed souvenirs were available in the shop).

And then we turned a corner and hit the plaster casts of dying people, which was pretty sobering.

The contrast with the gift shop was a bit jarring, to say the least. Speaking of which, how come half of this stuff wasn’t available in the shop?! My wallet is very thankful though.

I did get this:

So, all in all, it was a fantastic exhibition. Well done, BM. Only next time, how about some decent crowd control, huh?

And Hufflepuff worked very hard for this one so it’s fully deserved. Well done Puffs!

Although we didn’t do so badly ourselves…