You may never have heard of this place, but you have definitely seen it: Londongeles is where British characters in a US show live. Here we have Sherlock Holmes and Irene Adler in the otherwise very enjoyable series Elementary.

“London” says the caption. And just to hammer the point home, the black cab has an English flag on the windscreen. Do admire the almost subliminal red bus in the background and the slightly more obvious, sooo European, vintage scooter. 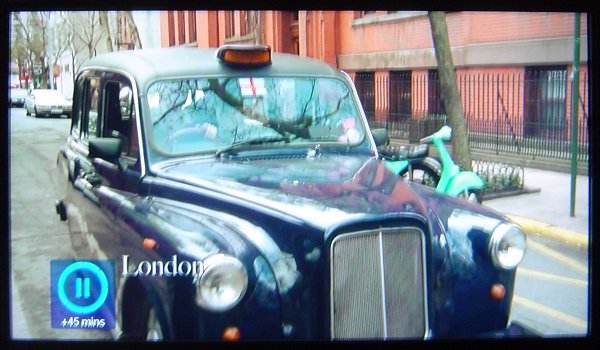 A few minutes later, the bus hasn’t moved. I know London traffic is bad but it isn’t that bad. 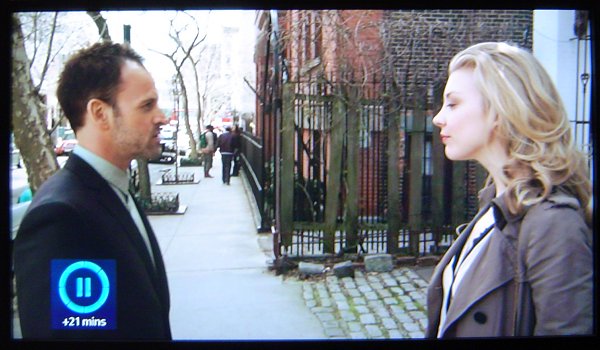 Brace yourselves for the appearance of a Ford Anglia, a totally common sight on a London street in 2013. Yup. 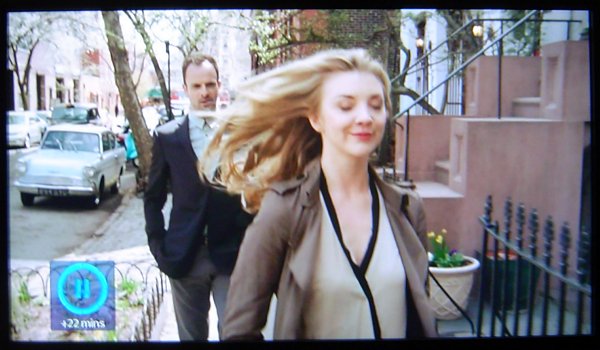 Seriously, everyone in England drives them. And I do mean everyone.

That’s a very British-looking pay-and-display machine. Not. Plus, the slowest bus in the universe is still visible. I don’t know how much it cost to hire but they’re certainly getting their money’s worth. 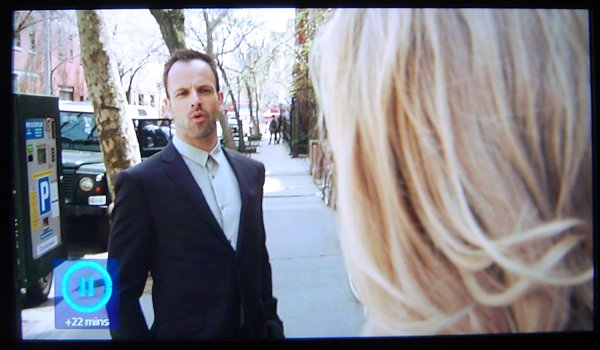 This demonstrates what not to do in London: namely leave your bike leaning against a wall in your front garden, totally unsecured, clearly visible and easily reachable from the street. I’m crying with laughter at the very thought of the owner expecting to find it still there tomorrow morning. 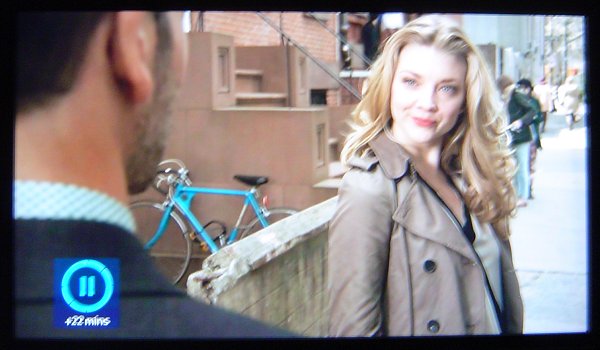 More weirdness: in the UK, front doors never open outwards. Although I think we’ve got it wrong on this one; just imagine the possibilities… two words: Jehovah’s Witnesses. Bang.

Nice attempt at Britishifying the door though, what with the panels, pillarbox red paint and lion knocker. Alas, the bizarre letter slot in the wall is an epic fail. 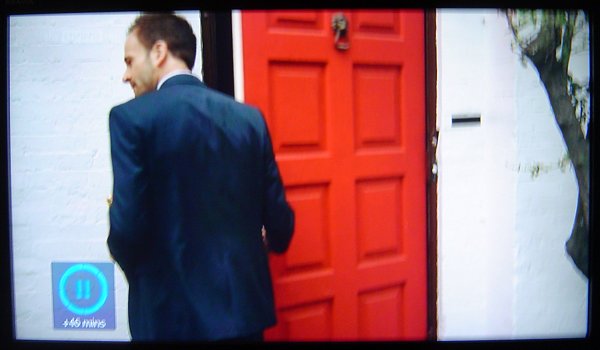 Hope you enjoyed your trip to Londongeles. We’ll be back.